How cool is the mobile industry?

June 05, 2008
Long time since I last posted. Hoping to get going with this again.

Nothing earth-shattering to comment on, but I remembered something that happened a little while back that demonstrated the problems associated with the clash of media, youth culture and telecoms.

At a conference while discussing full track music downloads a prominent industry analyst referred to Gnarls Barkley (who had hit #1 with the excellent "Crazy" solely on the basis of digital download, much of it mobile) as "he". Now I don't claim to be the most hip with the kids but even I'm aware that GB is a "they", specifically Cee-Lo Green and Danger Mouse (no, not that Danger Mouse).

Of course, pretty much no-one noticed since the average attendee at a mobile conference is not that down with da yoof. However it did demonstrate a couple of things to me. Firstly, do your research. Secondly, and less facetiously, we in telecoms have pretty much no understanding of popular culture. Don't try to guess, you'll get it wrong. Give people the tools to do what they want to do and leave it at that. That's the "smart" pipe. The "dumb" pipe thinks that Gnarls Barkley is a "he", Lykke Li can be found in Ikea and emo was Rod Hull's friend. 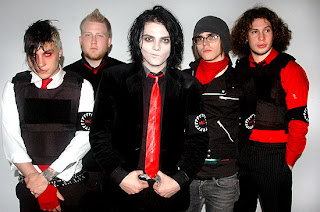 There has, recently been an obsession with mobilising Facebook and MySpace and so on. This misses the point. These sites are ephemeral. Give it 2 years and everyone will be on to something else. Remember Friends Reunited? Still checking it? Thought not. Still think you'll be using Facebook in 2 years? Maybe, but then you'll probably also be using something else. Mobilising the internet is about allowing people to do what they like, not second guessing it.

I've been an analyst for *shudder* 20 years, and for the last couple I've been mulling over some thoughts on what I think makes a good analyst and a few recommendations for those starting out on the journey. Some things are pretty obvious, others maybe less so. Worth noting that this only relates to being an analyst. I'm sure the last 20 years has taught me a bunch of things about all sorts, but I need to keep things focused! That said, I'm sure this list could have been twice as long. Rather than being finished it was abandoned when I felt I'd spent a long time on it. As Da Vinci said, "art is never finished, only abandoned". Or maybe it was George Lucas. More pretentious quotes to come, just read on. There isn't a template. Some styles work well for some people, others for other people. First thing to learn is that just because you don't approach the job in the same way as someone who is considered a 'good' analyst, doesn't

Wireless Noodle Episode 21: IoT will save the world!

This week Matt delves into the ways in which the Internet of Things will help to avert climate disaster, some troubling survey results, and how IoT cellular connections evolved in 2020. You can access the podcast  here , or via  Google ,  Apple ,  Amazon  or  Spotify .  An approximate transcript of the podcast is available below.  The Internet of Things will save the world. Welcome to this week’s Wireless Noodle. It’s been another extended gap since the last episode. Things are busy here at Transforma Insights towers. I’ll talk about a few things we’ve been doing in the next couple of weeks. Today I wanted to share details on a major piece of work we did on the environmental impact of new technologies. Plus a few bits of news that caught my eye. <> Back in April we published a report we had compiled in conjunction with 6GWorld and InterDigital looking at the impact of disruptive technologies on the environment. And I’m pleased to report that it’s largely positive, particularly th

There are only the pursued, the pursuing, the busy and the tired

In The Great Gatsby there is a fantastic quote: "There are only the pursued, the pursuing, the busy and the tired". I'm not sure F Scott Fitzgerald had business disruption in mind, but it struck me that when it comes to Digital Transformation any given company falls into one of those categories. The Pursued are those companies aware that they are faced with an existential threat from whatever wave of disruption is heading their way. The Pursuing, in contrast are those that are riding the wave, using disruption (typically in the form of new technology) to try to eat the lunch of more venerable and well established organisations. I'm not so worried about these two types of organisations. They're both aware of what's going on. The companies that most interest me are the Busy and the Tired. 'Busy' companies are those that are too obsessed with their current activities to pay enough attention to what is on the horizon. This is a pretty common. It&