How much bandwidth is enough? Another analogy. 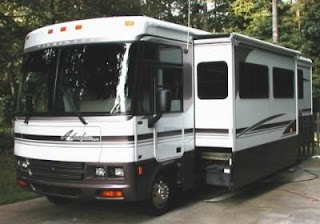 I was sitting in a lecture at UCL the other week listening to my fellow attendees argue about how much bandwith households will need (and, of course, participating in said conversation). It was a relevant issue as it determines whether it's necessary to roll out fibre to the home. If ADSL2+ delivers 24Mbit/s (which is enough for HDTV) then why deploy fibre. Most people were of the "if you build it they will come" mentality. I'm not so sure. Surely, once you've met the needs of the users (be it 24 meg or 50 meg or whatever) everything else is unnecessary.

Obviously we're flying blind a bit here since nothing quite the same has cropped up before, so I had to engage my advanced analogy skills.

I thought first of the motor industry. Over the years cars have got faster, more comfortable and bigger until they reached a level at which people said "that's enough for me", i.e. it'll do 100MPH, I don't get haemmoroids from a short trip and it'll seat 4-5 people. Applying the logic of higher bandwidth would have us believe that once that level of sophistication was reached it would continue. Surely in the 21st century we should be driving around in massive opulent palaces on wheels that do 200MPH. We should all be driving suped up winnebagos. We don't because people don't need it, the roads (read copper) won't take it and most people won't pay any more for it. To upgrade the road system to allow us all to drive winnebagos would be expensive and hugely disruptive. Ditto rolling out fibre. All for something we don't need.

The other thing to consider is that operators will penalise adoption of higher bandwith connectivity through sliding scale pricing. So you'll pay more if you get higher bandwidth. Fair enough. So, to get 500 meg, you'll have to pay. This changes the proposition from "if you build it they will come" to "if you build it they will come and pay a premium for something they don't use yet".

Mostly a bit rambling and the analogy isn't a perfect one (when are they ever?) but I think you see the point. Previous trends (people will pay for more bandwidth) are no indicator of future developments. At some point enough is enough. Maybe it's 2 meg, maybe it's 50 meg.