I always knew my market forecasts were a work of art: telecoms-themed modern art at Estonia's KUMU gallery

August 17, 2011
I've been away in the Baltic states for a couple of weeks (hence no blog posts). When I was in Tallinn I visited KUMU, the Estonian Art Museum. A phenomenal building. 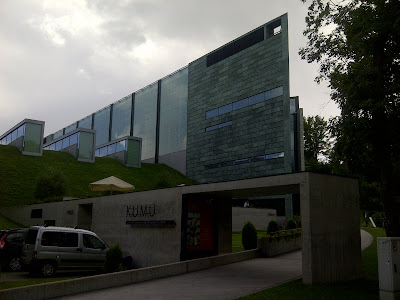 As well as all the treasures of Estonia's art history (mostly portraits of the duke of somewhere-or-other) there is also a rich vein of modern art in Estonia, including some fantastic surrealist, modernist and pop art in the 70s and 80s and some excellent current stuff. KUMU also featured a wonderful spotlight on the work of Jules de Bruycker which was outstanding.

For me though the highlight of the visit was an exhibition of internet and telecoms related art called Gateways. Given that it's vaguely related to telecoms I also feel justified in sticking it on this blog. Most relevant to my current work were a couple of pieces that made heavy use of RFID.

"Real Snail Mail" by Vicky Isley and Paul Smith of the boredomresearch collective is an installation piece involving real snails with RFID tags collected. Members of the public address and send an email using the associated PC and one of the snails will pick it up at an RFID tag marked "collect" and eventually deliver it a tag marked "forward" at which point it will be sent over the internet. 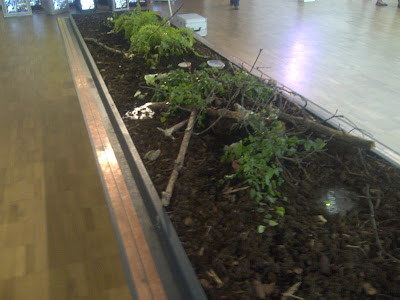 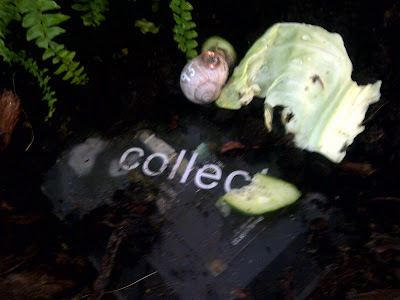 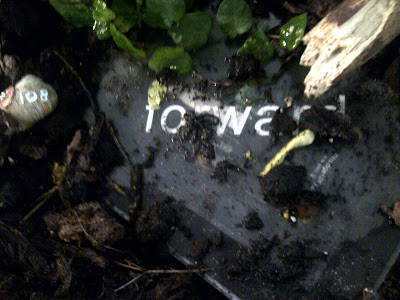 More explanation is provided in the picture below. 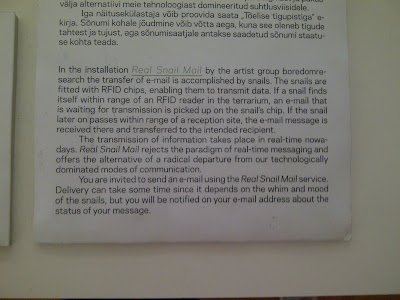 The average delivery time is about 5 days. I sent a message to myself on the 11th August and I'm still waiting.

Another piece, "Trapped", involved the artist, Anna Irapanciere, equipping 40 objects in her home with RFID tags to basically record everything she does. Apparently this lifeblog is accessible via the internet. I didn't try and, to be honest, probably won't bother as the minutiae were rather dull. In the exhibition itself the results were presented on a very 1980s green screen computer. More details in a rather blurry picture below. Another fun piece was by Timo Toota. It was a giant computer console that basically took your name, date-of-birth etc from your passport and performed a web search on that name, telling you some stuff about yourself. Naturally it got me confused with my namesake the British boxer but it's nice to be told you're a maximum 20/20 on the fame scale. It also told me that I'd served in the armed forces and that I'd die at 69 (which was more than a little bit worrying). So all-in-all pretty inaccurate. The machine is, however, very impressive to look at and makes a suitably futuristic pulsing/clanking noise while performing its check on me. 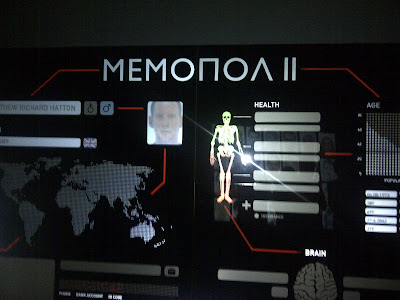 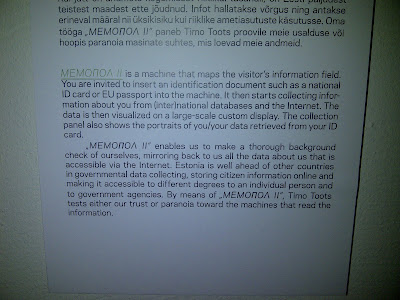 A final one to excite (within reason) all mobile industry analysts was Ingo Gunther's "Worldprocessor". It featured a set of globes aimed at showing the world in different ways, including the relative sizes of country economies vs turnover of the biggest multinationals. One globe showed mobile penetration and CAGRs. 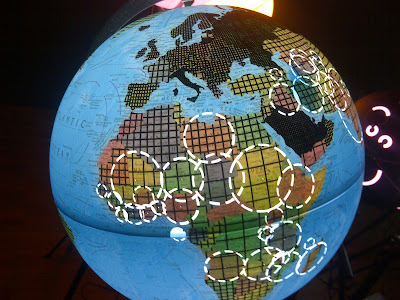 So apparently the plotting of mobile penetration and subscriber CAGRs is art. Who knew? Turns out I've been an artist all along. I have to confess to wondering slightly who they got their figures from. Anyone know?