Like the internet before it, the future of IoT will be ad-funded

May 10, 2018
There's been an emerging trend over the last couple of years that the source of revenue for consumer IoT applications is shifting away from the end user paying directly for the service, and towards so-called two-sided business models. The majority is certainly still coming from end users paying, but the direction of travel is towards finding alternative ways of monetising device data.

The legendary connected fridge is no longer thought of in terms of users paying for the of knowing that they're out of milk, but instead is seen as a way for the manufacturers to understand usage behaviour, feedback into product lifecycle management and maybe sell replenishables. To be honest, many of us thought it would be ever thus.

Take another example, of Telia Sense, where the interesting monetisation opportunity for this consumer OBD connected car proposition is not in charging the user SEK62 per month (it was SEK99/month a year ago) but in trading the data to garages who will want to bid to repair the vehicle, or other similar uses. We're not there yet, but that's what looks interesting. 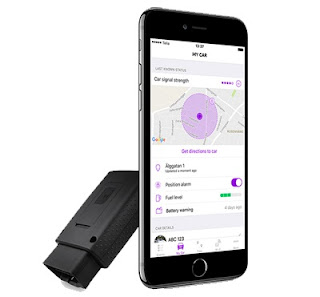 And finally, take the example of data hubs, which I've waxed lyrical about recently. It's no surprise that the big new shiny thing in IoT relates mainly to monetising the data separate from the prime application for which the device was installed.

OK, so the examples above aren't adverts per se, so my title is a bit misleading. Although you could envisage that serving adverts based on device behaviour is a possibility. But they are part of a broader trend of the commercial motivation in consumer IoT being based on something other than the end user paying directly for the service. The second side of the two-sided business model is looking increasingly interesting. This model looks a whole lot like the internet.

As I mentioned up top, we aren't there yet, and this is just the beginning of a trend, but it's notable and it's only moving in one direction.

[This blog post was originally posted as an article on LinkedIn]