February 19, 2019
Every year, rain or shine, I go to Barcelona at the end of February for Mobile World Congress. This year I'm not representing any company, I'm just going to soak things up. I'm a telecoms guy and probably always will be, so it's the show I will probably never miss. I always promised myself I'd do that one year and here's my chance. Here are my predictions for the show. 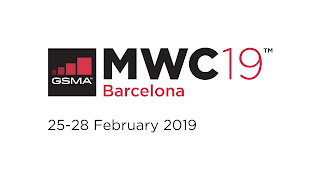