March 20, 2019
A very interesting article from Miguel Milano, President of Salesforce about how there will be incredibly strong demand for ICT skills over the next 5 years given that so many companies are adopting new technology (see figures below). 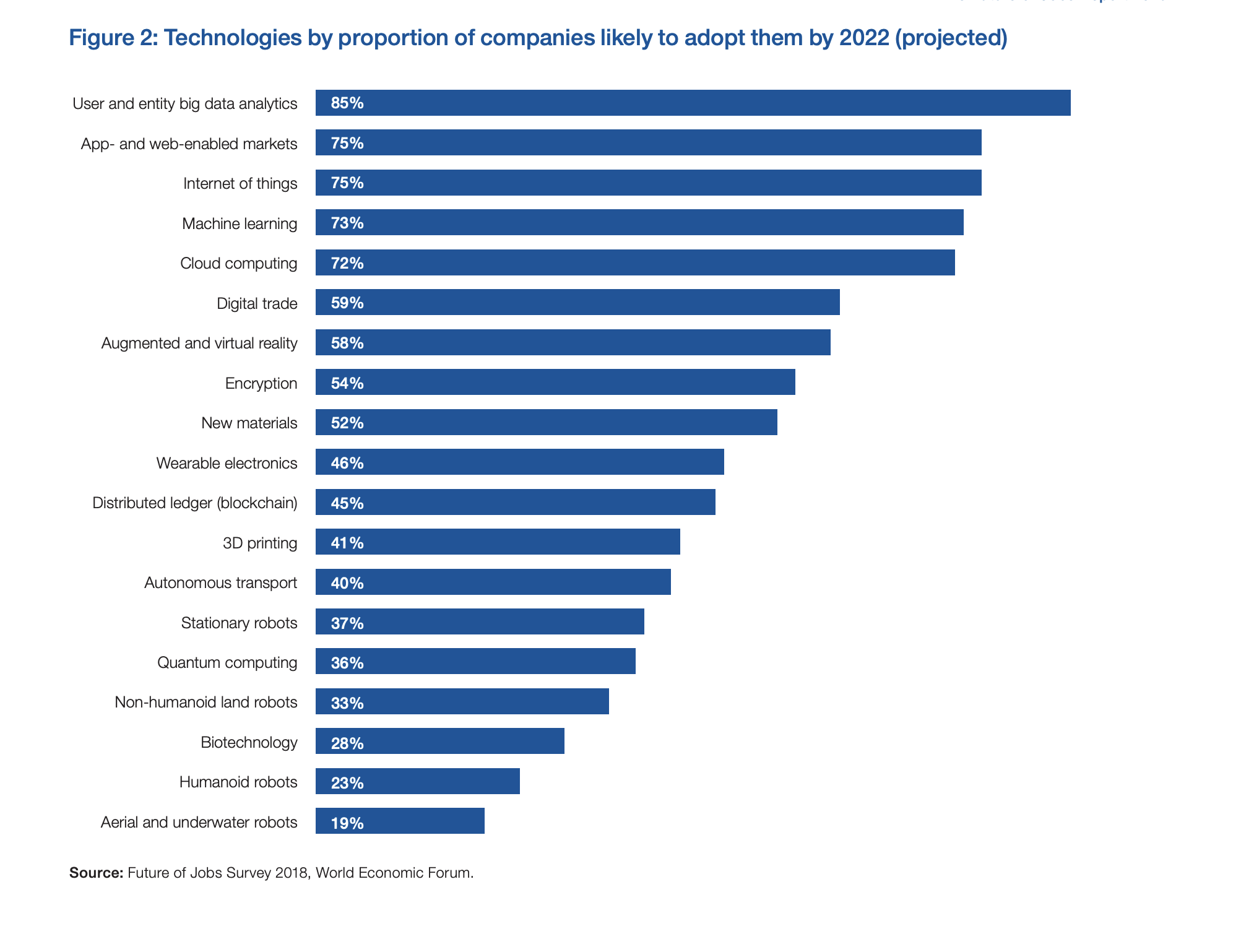 The World Economic Forum estimates that 54% of all employees will need reskilling by 2022. The solutions lie with companies and government pursuing lifelong learning. But safe to say there's going to be a lot of competition for people with 'digital' skills.


In general I agree. But I'm yet to be convinced of the case for gamification in encouraging lifelong learning. It's hard to point at gamification really encouraging people to do much more than play games. I will admit that it's arguable as it pertains to personal fitness, with plenty of people claiming that their Fitbit encouraged them to exercise. But learning has for decades been increasingly focused on a game-like experience with constant feedback, role-playing and so forth. So I would argue that learning already has something of a game-like environment and there's not much more benefit from upping the game quotient.

With regard to being an appealing place to work, I think people overestimate the extent to which 'millenials' all crave a meaningful employer. There's a huge diversity within a generation and I would hesitate to generalise that they would all sacrifice a well paying job in order to find one that reflects their values. Not that I don't think it's an issue. It's just that I don't think it's much more of an issue than it has been in the last few generations. I'm Gen X and I know plenty of people who chose career paths that weren't based on money. What is marked is the extent to which more recent generations might have more serious repercussions from such a choice. Back in 1997 I was earning about 70% of the national average salary and I could have afforded, on my own, to buy a perfectly nice house in a nice part of the country. Today the decision to put morals before money would mean the difference between being a home-owner or not.