March 08, 2019
In a blogpost the other day I referred to the concept of ‘Technomorphing’*, i.e. of an enterprise adapting to take advantage of new technological capabilities as they present themselves. I think it’s worth digging into this is a bit more detail. As I noted, we are seeing an increase in the degree to which IT permeates the core operations of an increasing number of companies that historically we would not have thought of as information technology companies. Of course most enterprises are aware of the need to make the changes. The success, or otherwise, that they will have in doing so will be dictated less by technology itself, and more by the extent to which they can adapt their business processes to reflect the new challenges.
Based on a recommendation I read Zone to Win by Geoffrey Moore, recently. I can’t say I agreed with everything in it. But it was certainly refreshing to hear a view, quite convincingly made, that companies absolutely should not seek to disrupt themselves and should sweat the legacy business while independently looking into new lines of business. Or specifically one new line of business at a time, since too many initiatives dilute the hard work. Many is the analyst who would advise established businesses to disrupt themselves before others do it. But that’s clearly nonsense. The reality is that there is inherent value in a legacy company and its customers’ inertia. Throwing that out of the window is a waste. However, the enterprise must also be looking for new opportunities for growth. These new business initiatives must be kept as separate as possible from the legacy business. This chimed well with one of the practical issues of implementing a technomorphing strategy.
Take, for instance, the IT requirements of an organisation that is technomorphing. It needs to separate the ‘wheels on’ from the ‘wheels up’ IT. ‘Wheels on’ is aimed at keeping the wheels on, i.e. running the standard IT capabilities of the organisation: HR, collaboration etc. ‘Wheels up’ in contrast is about helping to launch the new (and of course highly IT-centric) initiatives that will keep the organisation competitive deep into the 21st century. In my experience organisations that try to run their ‘wheels up’ projects through their existing IT department will struggle. Their priority is always the legacy business. In order to ensure correct allocation of resources and separation and prioritisation of new initiatives it’s also essential that the technomorphing activities of the organisation are driven from the C-level. That way they’re always strategically aligned to company goals while also being functionally removed from the legacy business.
This might appear to conflict with the advice I gave in the previous blogpost about how a central innovation unit should farm out responsibility for new technologies to other business units. Actually it’s not contradictory at all. The BU activity coordinated by the Strategy/Innovation unit is about exploring and experimenting to whittle down the potential new lines of business. Once the enterprise has picked its winner, then it’s time to build a new BU and provide appropriate resources.
The bottom line is that this concept of technomorphing is predominantly a change management issue. Enterprises need to put in place the structure to be able to most effectively spot, investigate, adopt and exploit new technology trends as they occur. In the earlier blogpost I talked about horizon scanning, which relates to spotting opportunities/threats. In this one I’ve looked more at the structure that is needed to fully adopt those disruptive technologies in a way that is separated from the legacy business. That’s not so much a technology issue as it is about building the right organisational structure.
*I have been asked what the difference is between Technomorphing and ‘Digital Transformation’. In a way these terms could be used interchangeably as they deal with similar topic. However, the challenges with Digital Transformation are two-fold. Firstly it implies that the alternative is “analogue”, so essentially the adjective is a redundant one. Of course what companies are doing is digital, everything involved in IT is digital, but that’s not the important thing. The important thing is that they’re embracing new technologies, be they IoT, AI or whatever to change the shape of what they do. The second issue is that the implication of Digital Transformation is that the organisation pursuing it will at some point be transformed, i.e. there is an end to the process. Whereas we know, of course, that this isn’t the case. 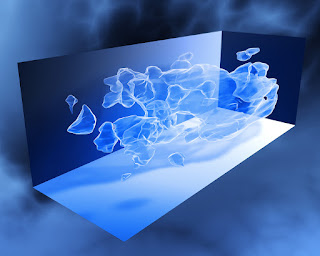 I've been an analyst for *shudder* 20 years, and for the last couple I've been mulling over some thoughts on what I think makes a good analyst and a few recommendations for those starting out on the journey. Some things are pretty obvious, others maybe less so. Worth noting that this only relates to being an analyst. I'm sure the last 20 years has taught me a bunch of things about all sorts, but I need to keep things focused! That said, I'm sure this list could have been twice as long. Rather than being finished it was abandoned when I felt I'd spent a long time on it. As Da Vinci said, "art is never finished, only abandoned". Or maybe it was George Lucas. More pretentious quotes to come, just read on. There isn't a template. Some styles work well for some people, others for other people. First thing to learn is that just because you don't approach the job in the same way as someone who is considered a 'good' analyst, doesn't

Wireless Noodle Episode 21: IoT will save the world!

This week Matt delves into the ways in which the Internet of Things will help to avert climate disaster, some troubling survey results, and how IoT cellular connections evolved in 2020. You can access the podcast  here , or via  Google ,  Apple ,  Amazon  or  Spotify .  An approximate transcript of the podcast is available below.  The Internet of Things will save the world. Welcome to this week’s Wireless Noodle. It’s been another extended gap since the last episode. Things are busy here at Transforma Insights towers. I’ll talk about a few things we’ve been doing in the next couple of weeks. Today I wanted to share details on a major piece of work we did on the environmental impact of new technologies. Plus a few bits of news that caught my eye. <> Back in April we published a report we had compiled in conjunction with 6GWorld and InterDigital looking at the impact of disruptive technologies on the environment. And I’m pleased to report that it’s largely positive, particularly th

There are only the pursued, the pursuing, the busy and the tired

In The Great Gatsby there is a fantastic quote: "There are only the pursued, the pursuing, the busy and the tired". I'm not sure F Scott Fitzgerald had business disruption in mind, but it struck me that when it comes to Digital Transformation any given company falls into one of those categories. The Pursued are those companies aware that they are faced with an existential threat from whatever wave of disruption is heading their way. The Pursuing, in contrast are those that are riding the wave, using disruption (typically in the form of new technology) to try to eat the lunch of more venerable and well established organisations. I'm not so worried about these two types of organisations. They're both aware of what's going on. The companies that most interest me are the Busy and the Tired. 'Busy' companies are those that are too obsessed with their current activities to pay enough attention to what is on the horizon. This is a pretty common. It&