August 13, 2019
Back in the dim and distant past I studied social sciences. I’ve seen the error of my ways of course and join the technology revolution when I switched to telecoms a few years later. However, the background provides some interesting perspectives on technology trends. One of the topics that resonated with my younger self was part of cultural geography, specifically around different cultural, political and economic entities existing in the same spaces but being separate. At a most basic level, think of the difference between a city centre during the day and a city centre at night. There are different dynamics, different people and different focuses of activity, all within the same space. Or think of the city from the perspective of a teenager, pensioner or homeless person. The same space but with different ‘maps of meaning’. For those who are interested, I dredged up the name James C Scott as a philosopher and writer who had some interesting things to say on the topic. And for an interesting take on the premise, I recommend China Mieville’s The City and The City.

At the time I was studying, the internet was pretty basic. It was more-or-less a technical tool and yet to have much cultural significance. In the years since, however, it has of course become critical. And in ways that we are barely realising yet. My aim with this post is not to delve into all the ways in which the internet has cultural influence, but to focus on one part: cultural separation.

In the example I provided in the first paragraph, the different cultures that inhabit the same space will still overlap, intersect and interact. Take for example the ‘rave’ culture of the late 80s and early 90s. It was underground and far removed from most people’s experience. It happened late at night and in its own specialist locations (be it a sweaty club, or somewhere in a field in Hampshire). However, there were still opportunities to intersect with more mainstream cultural life. You didn’t need to be involved in the culture to see the fly-posters, or perhaps see the queues at a club late on a Saturday night. And because of that modest awareness the newspapers reported on it, reinforcing its existence.

The internet, however, is different. There is much less of a common occupied space, and therefore less casual awareness. Ultimately subcultures can develop and becoming globally reinforcing with barely any interaction with others or with mainstream culture. The only obvious exception is the entry point. Subcultures can’t function without members, so there must be an initial entry point from more mainstream culture. The expectation must be that there will be a series of entry points getting progressively more niche and obscure. The global nature of the internet means that a sub-culture that has only a few dozen people globally can flourish whereas it would have failed to exist where people were limited by geographical bounds. Or to put it another way, the interests indulged by sub-sub-sub-cultures can become ever more esoteric. 30 years ago you would have struggled to find a handful of conspiracy theorists in your local neighbourhood. With the benefit of the internet’s global reach there are hundreds of groups, and sub-groups within then, e.g. flat-earthers. And even within flat-earthers of those who think we live in a geodesic dome vs those who think we live on an endless expanse. The aim of this post is not to delve into the inner workings of the flat-earther movement. That will wait for another time. However, the point is that these sub-sub-sub-cultures (maybe micro-cultures is a better term) become gradually more and more removed from mainstream culture.

The micro-cultures to which people will belong will be incredibly niche. Subcultures of old incorporated music, fashion, icons and more besides. The new micro-cultures are very unlikely to have all of these elements. Do flat-earthers wear particular hats or have particular hair cuts in the way that broader sub-cultures in the past might have done? The simple answer is almost certainly no. As a result I believe people will no longer be defined by tribes. Everyone’s online persona, which will be equally important to their offline culture, will be a patchwork of different identities and membership of multiple micro-cultures. And there are only so many hours in the day. The result is that most people will belong to the mainstream other than a few very specific ways in which they belong to micro-cultures.

Perhaps counter-intuitively I believe this growth in micro-cultures will result in a stronger mainstream culture. There is always an element of rose-tinted nostalgia when thinking about your younger days. However it seems that 30 years ago that being non-mainstream was, well, mainstream. The majority of people belonged to some sort of niche that was relatively easy to define. The irony is that increasing diversity may actually translate into more at the centre that is common. This augurs well for the continued success of bland lowest common denominator brands such as Budweiser, Primark, Macdonalds and Nike.

The shift of sub-culture experiences to the internet will necessarily result in fewer shared physical experiences. This will have two effects. Firstly people will suffer from it, e.g. with greater mental health issues and more loneliness. As a result I think we can expect higher suicide rates, tragically. Demand for anti-depressants will increase. The other side of the coin is that people, as social animals, will find ways to mitigate the decline of peer group physical experiences. We are, after all, social animals. And we will crave interaction and find it through increasingly mainstream activities. Back in the day that tended to involve alcohol. Less so today. Think Festivals involving mainstream pop artists, which was not the case 30 years ago. There is also, I think, a gap in the market for more hands-on and ‘touchy-feely’ activities such as salsa dancing, martial arts and maybe even things like cuddle cafes. The New York Times recently featured an article on how physical contact was becoming a luxury good. There is a gap in the market to be filled.

Further up the stack I think of ‘self actualisation’. Those familiar with Maslow’s hierarchy will know what I mean. As the internet becomes capable of addressing the lower tiers more efficiently and effectively (particularly that one) I suspect that self actualisation will be stubbornly immune to the charms of online. It’s all about authenticity and experiences, witness the growth in popularity of activities such as open water swimming, ‘real’ experiences.

The point of my blog is to look at the impact of technological changes on the business landscape. The blossoming of microtribes promises to reinforce mass market brands and provide an opportunity for those who can sell hands-on and self-actualising experiences. 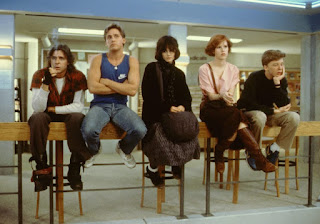